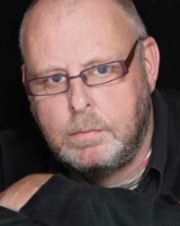 Phil Clark was born and educated in Brecon, South Wales before training at Rose Bruford College of Speech and Drama where he studied for a Diploma in Theatre Arts and a teaching qualification. He followed this by undertaking professional training at Durham University with an Advanced Diploma in Drama and Language Development. He has completed a Phd at the University of Glamorgan, Wales

His professional career began as a founder member of Theatr Powys before becoming a founder member of Bruvvers Theatre Company based in Newcastle upon Tyne. Whilst there he directed and devised over 30 new plays, originated and toured a one man show and took traditional, experimental and new plays on nine European tours.

The position of Artistic Director at the Crucible Theatre In Education and Community Theatre followed where he commissioned and directed 11 new plays on the mainstage and in the studio and on tour; won the 1988 British Theatre Association Drama Review Award; established Sheffield’s first International Children’s Theatre Festival; set up and organised an International Exchange with actors from the Crucible and Moscow’s Central Young People’s Theatre; wrote the play Home Movies for the Crucible Theatre which was filmed and networked by Yorkshire Television Play for Today; initiated the 4th year B.Ed TIE course for Sheffield City Polytechnic; directed the award-winning Plague of Innocence and wrote Serfdom Right?, both of which were chosen for the Vancover, Calgary and Edmonton Canadian Children’s Festival of Young People’s Theatre 1990.

Phil was appointed Artistic Director and Chief Executive of the Sherman Theatre Cardiff in 1990. The Sherman is the premier producing theatre in Cardiff. The resident professional theatre company, the Sherman Theatre Company, was directed by Phil and toured throughout Wales, Britain and Internationally to large, middle and studio theatres. He prioritised new writing and commissioned some 104 new plays for the company. Alongside the professional performance work, the Sherman had an active youth community education and participatory policy prioritising work with emerging artists. Phil directed over 45 productions for the Sherman Theatre Company on stage, television and radio. In 1993 he was nominated BBC Artist of the Year

He received the Arts for Young Audiences Award from the Commonwealth Conference for Young People in Canada. He has edited two new books of Welsh plays published by Seren Books and Parthian Press. A collection of his plays has been published by Oberon Books, London. He has taught at the Royal Welsh College of Music and Drama, Actors Centre London, Tishe School of Performing Arts New York,Academy of Live and Recorded Arts London(ALRA) the Drama Association of Wales, the National Association of Youth Theatres and is a regular broadcaster on BBC Wales

Since 2006 he has been working as a freelace Director and Writer.

His work tours regularly throughout Britain, Northern Ireland and Internationally. In the last few years his work has been seen at The New Victory Theatre, 42nd Street, New York (Skellig), The Sydney Opera House, Australia (Horrible Histories) and in Hong Kong, Dubai, Australia and Singapore.