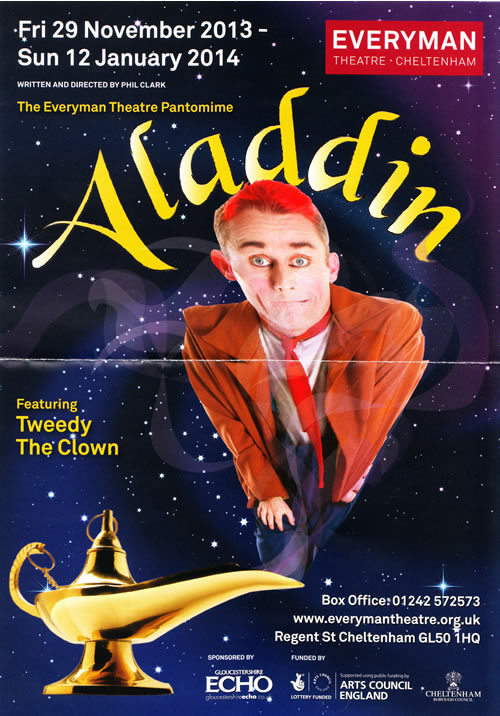 “This year’s glittering production of Aladdin is yet another Everyman triumph. The clever script, as usual, included a liberal dose of local quips”
Gloucester Echo

“By bookending his panto with scenes from the original Arabian Nights, thus bringing the story-telling Scheherazade and Haroun-al-Raschid, Phil Clark places Aladdin in a neat context which takes it back to its original source”
The Stage

“Aladdin at the Everyman Theatre in Cheltenham proved to be another hit. Its another great performance from everyone involved and a fabulous show for the whole family to enjoy”
Explore Gloucestershire

“The Everyman Christmas panto is another triumph, a joy to watch from start to finish”
Cheltenham Gazette

“The strength of this production lies in the quality of the cast, with not a dud note between them………this is everything you expect from a panto and more”
Stroud News