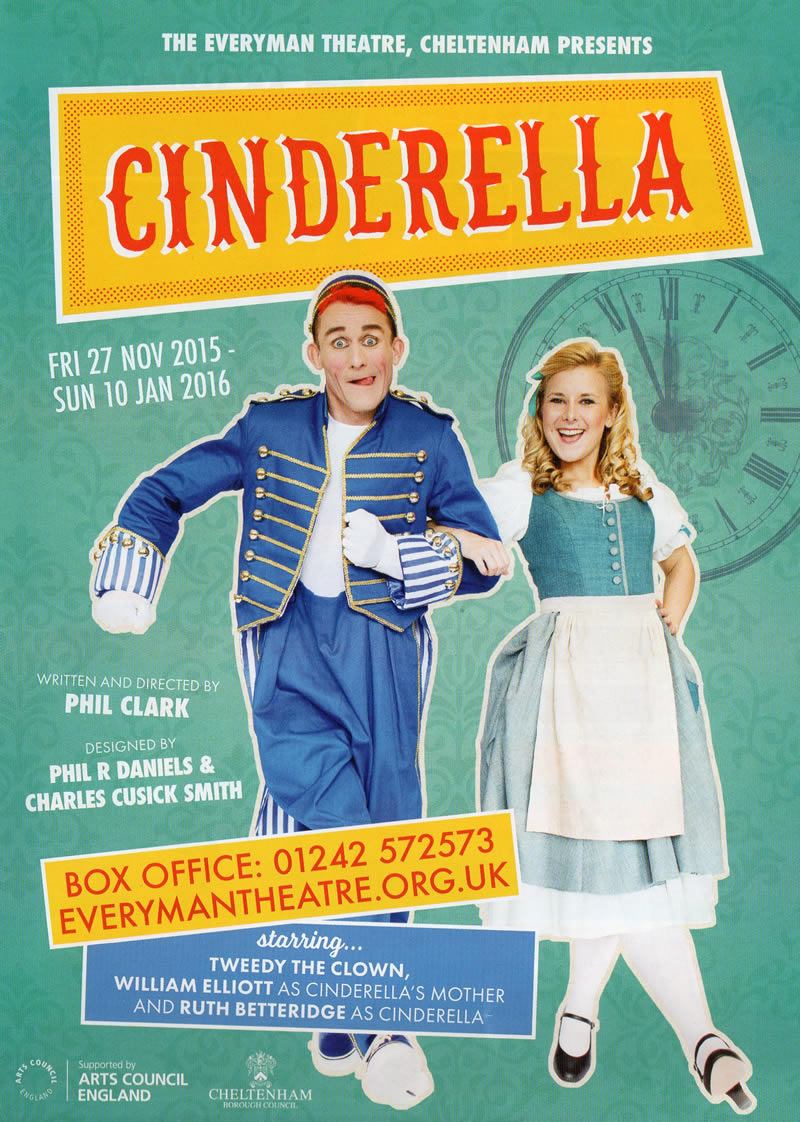 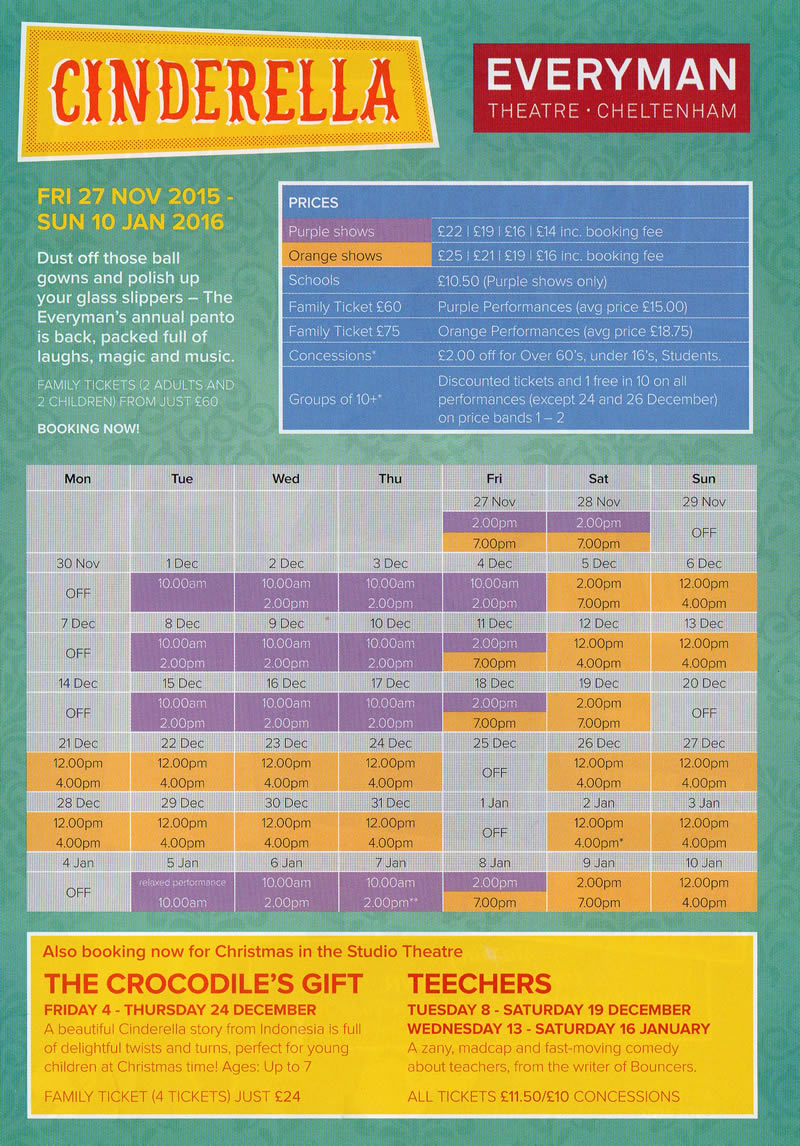 “This year’s show is more lavish than ever”

“If you crave a good, old-fashioned Christmas show, then Phil Clark’s Cinderella is just that”
Stagetalk Magazine

“Complete with stunning sets, colourful costumes, fabulous songs, a happily ever after and plenty of silly fun from Tweedy, the Cinderella pantomime brought lashings of festive magic to the Everyman Theatre stage”

“Encompassing everything that is great about pantomime, make the Everyman Theatre’s Cinderella top of your festive Gloucestershire bucket list”
So Glos

“Putting their own spin on the classic Cinderella story, the Everyman Theatre’s 2015 pantomime wowed audiences both young and old”

“Full of laughter and romance, Cinderella …fills audiences with Christmas spirit and is a great evenings entertainment”

“When the curtained opened to a sparkling Fairy Godmother flying onto the stage, we knew we were in for an evening of traditional panto magic”

“We loved Cinderella. It had all the ingredients for panto. It’s a Christmas magic winner”
Gloucestershire Echo

“…a dazzling array of circus trickery”
The Stage

“Cheltenham’s Cinderella is a five star winner”
Loving the Cotswolds