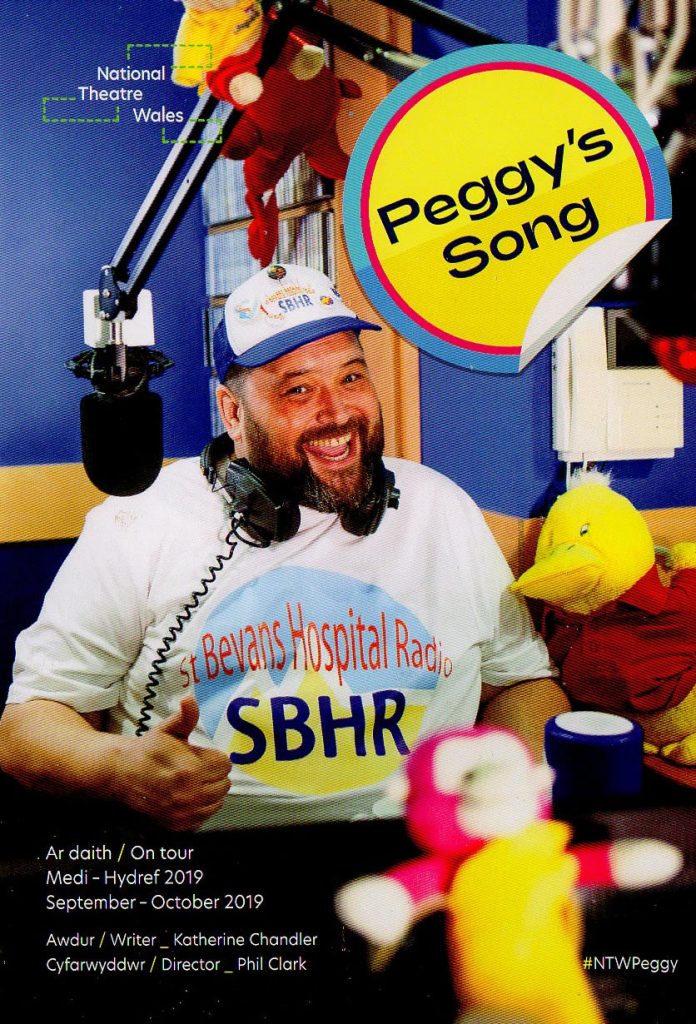 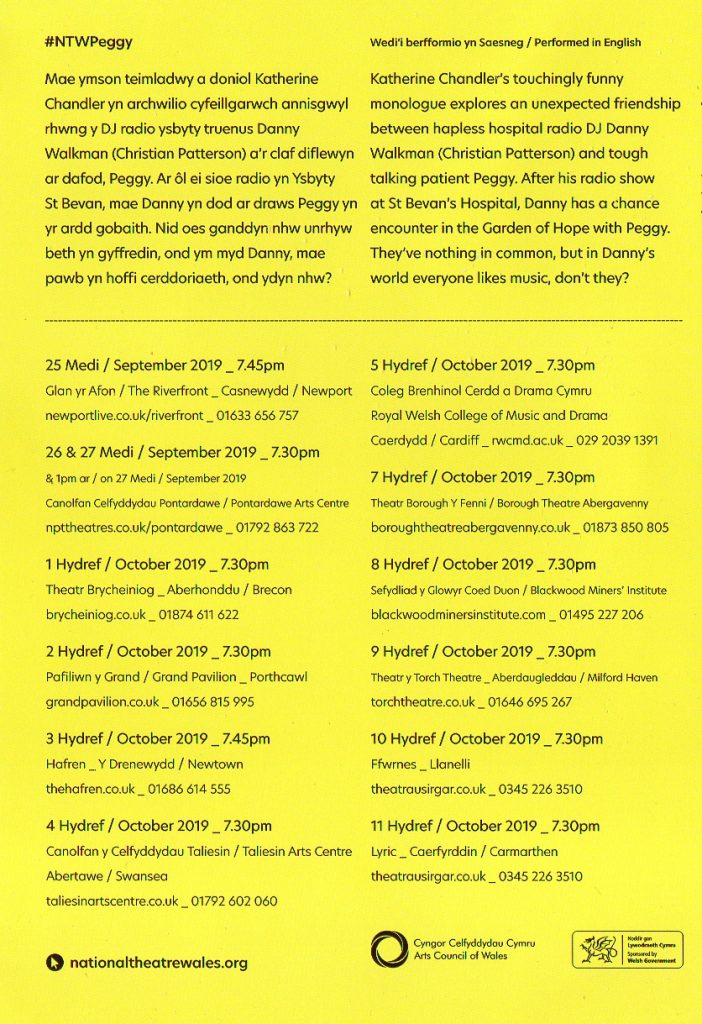 After his radio show at St Bevan’s Hospital, Danny has a chance encounter in the Garden of Hope with Peggy. They’ve nothing in common, but in Danny’s world everyone likes music, don’t they?

Everyone’s got a song, and if there’s one thing Danny Walkman is good at, it’s getting people to tell him what their song is. Peggy doesn’t give much away, so it’s a race against time for Danny to find, and play, Peggy’s song.

Peggy’s Song was originally commissioned as part of National Theatre Wales’ NHS70 Festival in July 2018, when it was performed in Wrexham.

Danny Walkman, a radio DJ at St Bevans Hospital, loves music so much he can’t conceive of someone not having a favourite track, then after one of his shows he meets Peggy, an elderly patient with no time for music or Danny either. Can he solve her cryptic clues and find out which one is Peggy’s song?

Written by Katherine Chandler as part of National Theatre Wales NHS at 70 festival in 2018, this play is insightful, funny, sad and downright charming. It explores with compassion the relationship between a caring but careless Danny, still in mourning for his father, and the tough, hard-bitten Peggy, who only cares for custard creams. Other characters are given more than just a simple sketching, so that they surround the piece, creating more depth.

But at the heart of this monologue is Christian Patterson, who ties it all together and brings it to life, giving each character their own voice. His Danny is saved from being a stereotypical DJ, all form and no substance, by the suggestion of layers behind the cheery persona. This is a man on the edge of a breakdown, trying to come to terms with his father’s death, the possible senility of his father’s friend who works in the hospital, Peggy’s illness and his own precarious future.

At just over an hour, this play doesn’t outstay its welcome, but it packs more into its short running time than a lot of full-length ones. Peggy’s Song is more than worth an hour of your time, and as well as the warm humour, you may well come away with a few things to think about. I know I did, and I’ll treasure for a long time the sight of Christian Patterson dancing with a Bugs Bunny doll.

Reviewed by Kevin Johnson, Get The Chance Wales
http://getthechance.wales/2019/10/07/review-peggys-song-national-theatre-wales-by-kevin-johnson/